You want to get an edge on your competition, increase customer engagement, build brand loyalty, and collect zero-party data.

Creative promotions can help you achieve these goals, especially ones with attractive prizing structures.

An optimal prizing structure combines a sense of attainability (either number of winners or frequency of winning) with a smaller quantity of larger prizes and/or a grand prize that is compelling to your target audience.

When determining which type of creative promotion will resonate with your customers, consider its appeal and how well it reinforces your brand’s key value proposition.

When you talk about the science behind incentives and motivating consumer behavior, here are a few tips to remember.

Here are seven examples of successful creative promotions we helped brands with that might prompt you to think outside the box in the future. This was a gamification promotion executed in real-time and the objective was to leverage a partnership with the NFL to drive awareness, affinity, demand, and new-to-file leads for Rocket Mortgage.

On game day, the score was tracked via Sportradar’s real-time sports data, and every time the score changed, one lucky player with the corresponding square was drawn in real-time for the chance to win $50,000. Plus, all players were automatically entered into a drawing for two $500,000 grand prizes. This was a sweepstakes we helped Arby’s run to solve a problem consumers didn’t know they had.

A sweepstake is a type of contest where a prize or prizes may be awarded to a winner or winners. Sweepstakes are used as marketing promotions to reward existing consumers and draw attention to a product.

For Thanksgiving, Arby’s made tryptophan food comas more comfortable, with deep fried turkey pillows. Guests purchased the “fowl” pillow online or entered for a chance to win one.

For added engagement, Arby’s also introduced two augmented reality filters for SnapChat and Instagram so guests could try the deep-fried turkey pillow on for size. This was an Instant Win and sweepstakes promotion designed to motivate shoppers to trade up with threshold rewards.

An instant win promotion is a game of chance where registrants find out if they’ve won or lost instantly. Consumers register for the chance to win a prize. Winners are selected, at random, throughout the promotion at seeded win times.

An instant win can be used as a stand-alone, or in conjunction with a sweepstakes or other promotion type.

Besides capturing consumer attention and driving brand engagement, sweepstakes increase customer acquisition with chance-to-win solutions that can also include the ability for winners to pick their prizes.

Sweepstakes remain one of the most popular ways to collect valuable first-party data and opt-ins because of their versatility.

Hershey’s objective was to drive incremental sales, traffic, and promote trading up to larger product sizes.

Hershey’s partnered with multiple retailers on an exclusive in-pack promotion where shoppers could win a HERSHEY’S GOLD candy bar’s weight in 24K Gold—the bigger the bar, the bigger the potential payout.

To participate, shoppers purchased specially marked bars, and looked inside the wrapper to see if they instantly won the golden grand prize. Winners then entered their in-pack codes online to claim their gold. 4. Volvo #VolvoSafetySunday Reinforces a Brand Promise in an Organic Moment

This unique sweepstakes promotion was tied to the Super Bowl and Volvo’s reputation for safety. The objective was to reinforce a brand promise in an organic moment.

Volvo pledged to give away $1 million worth of cars, letting fans configure their dream Volvo online for a chance to win it if either team scored a safety.

The $1 million worth of cars celebrated the more than one million lives saved by the three-point safety belt, a Volvo invention.

After that achievement, Volvo set a new goal: To save “a million more” with current and future safety innovations designed to address the remaining challenges in vehicle safety: speed, intoxication, and distraction.

Safety remains a core focus for Volvo Cars. Volvo invented the three-point safety belt in 1959 and opened its patent to all automakers in the name of safety. It remains the single most important and influential safety innovation in today’s passenger vehicles and is credited with saving more than one million lives around the world. 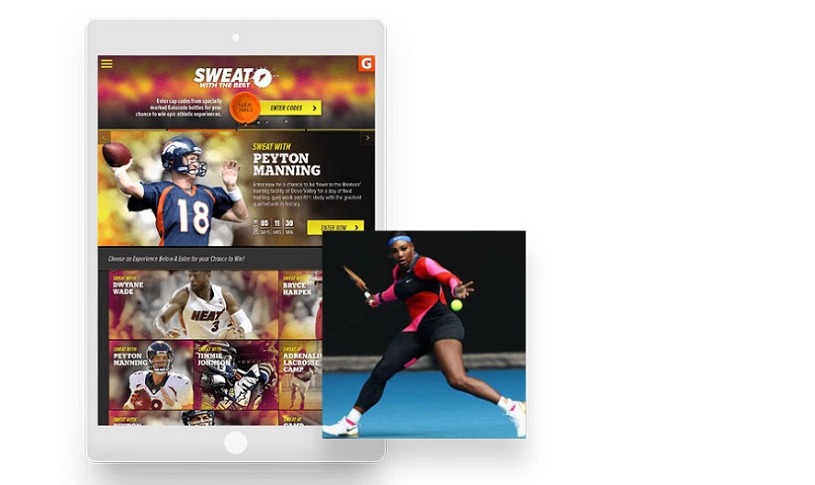 5. Fulfilling Every Sports Fan’s Fantasy: Gatorade (Sweat with the Best)

Gatorade’s “Sweat with the Best” under the cap promotion gave entrants the chance to have access to some of the best athletes in the world, including Drew Brees, Serena Williams, Bryce Harper, Peyton Manning, Dwyane Wade, and Jimmie Johnson.

The objective was to leverage professional athlete sponsorships to increase purchase frequency.

Gatorade “Sweat with the Best” was a year-long code-based continuity program that featured a rewards catalog of 50 different experiential prizes.

The 50 “Sweat” experiences all had significant stopping power — ideal for millennials who prefer to win something they can’t buy. 6. Lord Calvert Canadian Whiskey: Lord of the Grill Giveaway Connects to Consumers in a Big Way

An entire cow – in the form of an estimated 600 lbs. of beef – was pre-butchered and packaged, along with a new freezer to store it all. 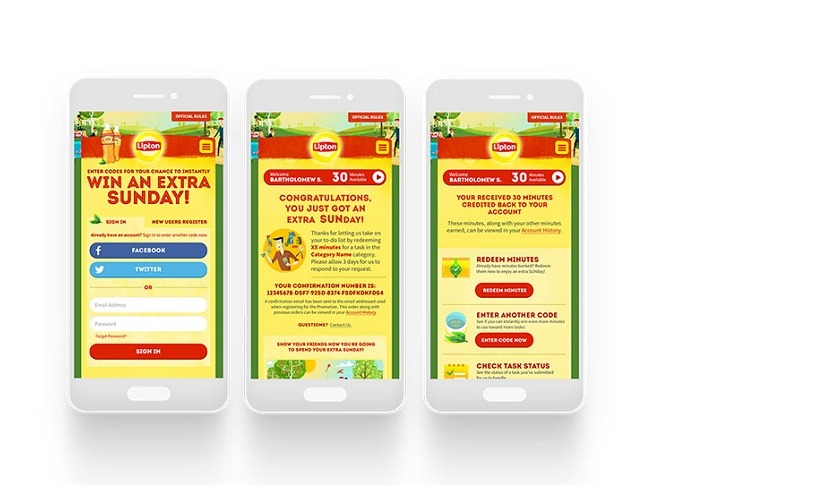 In celebration of summer, this short-term loyalty program gave consumers chances to instantly win an extra “SUNday” whenever they opened a bottle of Lipton Iced Tea.

Using the minutes they earned, participants could have their virtual assistants do their chores, errands, and other time-consuming tasks.

The uncommon aspect of these promotions comes from the creative way brands draw connections to the prizes they’re offering as well as the way they’re engaging.

These promotions are unique in their prizing or the way the prize is being awarded, which makes them memorable and creates better buzz in the marketplace.

Because the prizes are either highly aspirational or hold high appeal for their target audiences, people want them and are willing to provide you key customer data in exchange for the chance to win them.

Your biggest benefit from launching an uncommon promotion is you can achieve higher participation, as well as the better acquisition of zero-party data through the information you ask of the consumers.

If you’d like to launch some creative promotions of your own, reach out to chat with our customer engagement and loyalty experts any time.

Jim is our Loyalty Content Specialist, working closely with the B2B Marketing team. Aside from cranking out loyalty-related content, he is the proud father of two beautiful daughters, an avid runner and an old movie fanatic who calls Alfred Hitchcock his favorite director and Claude Rains his favorite actor.

Thank you for subscribing!

ebbo™ is an all-in-one loyalty company. With our data driven strategy, full-service approach, and the unwavering support of the people behind the platform, our dedicated team will work with you to understand your loyalty goals, innovate solutions and help you build customer engagement on repeat.

How to Engage Loyalty Program Point Spenders and Savers

Be the brand people love